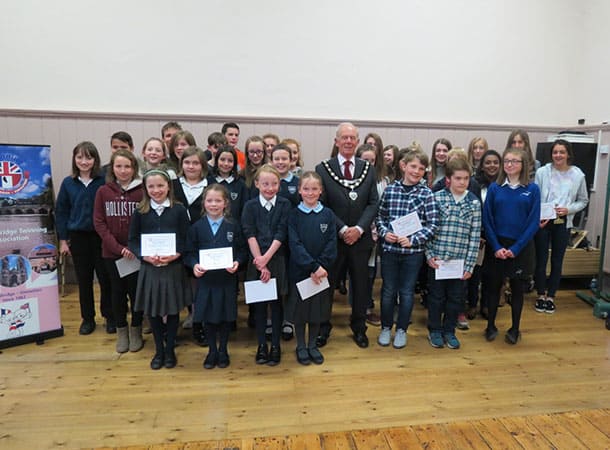 Fordingbridge Twinning Association recently launched a Youth Competition entitled ‘A Gift to a Migrant’, and it attracted an amazing 195 entries in a range of languages, media and styles from young people aged between 7 and 18 years old!

The Association was extremely impressed with all the effort that had been put into the work, and was delighted with the support received. The winners were congratulated for their work, containing strong sentiments and powerful messages.

The winners were announced on Thursday, 28 April at 19.30 to a capacity audience of over 100 in Fordingbridge Town Hall, at the AGM, when Malcolm Connolly, Mayor of Fordingbridge, presented the awards. Everyone was invited and welcomed to join the celebrations and to congratulate the Town’s fantastic young people (and enjoy some cheese and wine!) 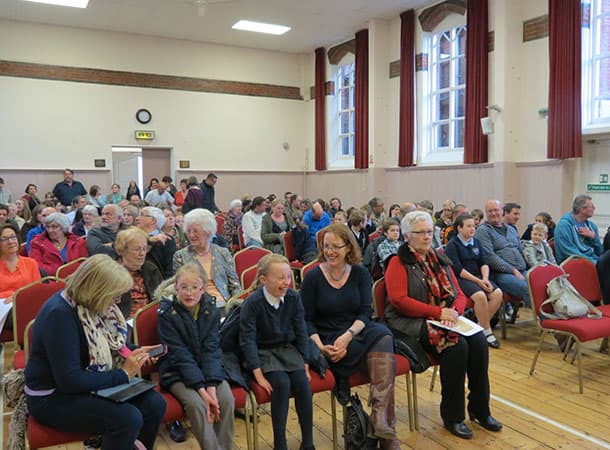 The pictures illustrate the capacity audience at the Town Hall, all the prize winners, accompanied by Malcolm Connolly, Fordingbridge Mayor, and the overall winners. 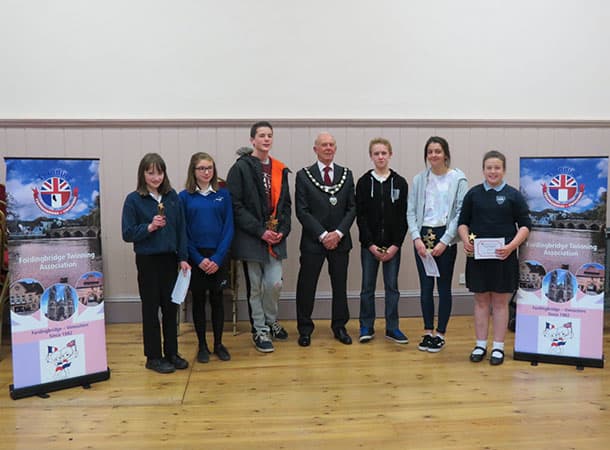 The Fordingbridge Twinning Association AGM followed the presentation, when everyone was updated on all the forthcoming Twinning activities, and events. Membership cards were on sale – still only £7 per address/household!

The next Fordingbridge Twinning Association event will be a “Sandy” Boules tournament at Sandy Balls Piazza, SP6 2LA, on Thursday, 9 June, starting at 7.00pm. It’s an extremely sociable event, a great opportunity to meet other local “Twinners”, and to join us. In fact, why not join us?

For further details, contact Alison Ayling (Chairman) and/or Derek Ayling (Publicity) on 01425 650770 or by email, on:    hippotrain@btinternet.com