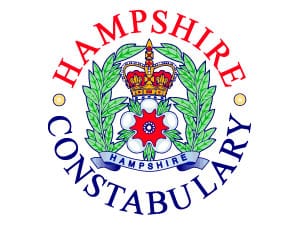 A public engagement meeting was held on May 15, by Hampshire Constabulary’s Estate Development Programme, to discuss with the community the proposed relocation of the Fordingbridge Safer Neighbourhoods Team (SNT).

Members of the local community were advised of plans to relocate the SNT from the police station in Station Road, to the Old School House in nearby Provost Road.

The public were reassured that the SNT will remain within the heart of the community, with no change to the current service provision.  The SNT will continue to carry out their patrols and hold beat surgeries in various locations in the community.

Following the public engagement meeting, the Police and Crime Commissioner, Simon Hayes, approved plans for the Fordingbridge SNT relocation.  He said:  “In the light of changes to operational processes, the constabulary is building on successful partnerships with our public sector partners, such as Hampshire Fire and Rescue Service and local councils, for officers and staff to work from alternative locations to maximise value from the public purse.

“Selling for redevelopment old and expensive to maintain buildings, like Fordingbridge Police Station, helps free up funding to assist with the delivery of the priorities set out in the Police and Crime Plan of improving frontline policing to deter criminals and keep communities safe, reducing re-offending, placing victims at the heart of policing and working with partners to achieve these objectives.”

The plan, subject to a formal consultation process for the police staff and officers affected by the proposed move, is for Fordingbridge SNT to relocate to the Old School House, in the next few months.

New Forest organisations are appealing to people to please respect and care for the National Park and follow the New Forest code. ...

It won’t have escaped anyone’s notice, that AGMs, which are normally at this time of year, have been difficult to implement. ...