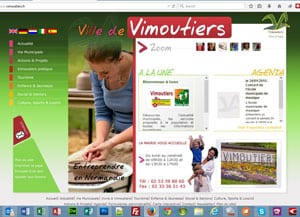 Back with a Vengeance

Murder Mystery Evening 2017 - A Report on the findings!

Successful Jazz on an Autumn Evening

Jazz on an Autumn Evening

The History of Fordingbridge Twinning Association

Twinning in Fordingbridge began in 1977 when it was first discussed in the Chamber of Trade as a means to put Fordingbridge “on the map”. Subsequently, its Chairman, Dennis Bailey, who had become obsessed by the project the more he researched it, asked permission to progress the idea.

He called a public meeting which was well supported and was addressed by the Twinning President from Shaftesbury who outlined the merits of twinning. He emphasised that overall it was an organisation that by its nature promoted peace; that it encouraged people to learn the customs and cultures of another nation and inspired and quickened the learning of a foreign language; that it allowed people, especially children, who probably could not afford to go abroad to actually travel to another country, use their currency, go shopping in their quaint shops and experience what education in a foreign country is like. Above all twinning promoted friendship which often lasts a lifetime. This twinning would essentially be between the two municipalities but the Twinning Association would be the vehicle to promote and sustain it.

The public meeting warmed to the concept and suggested that the foreign town should be within 70 miles of Le Havre, on a river and of a similar population and elected a steering committee.

At subsequent meetings it was decided to call the movement “Fordingbridge & District International Friendship Association”. It studied a list of towns in France which were already twinned and there emerged the town of Vimoutiers (www.vimoutiers.fr), the market town of Camembert, famous for its cheese, and was already twinned with a German town, Sontra, but not with an English town. A letter was sent to the Mayor and there was a reply almost by return to say that a Mayor Adjoint would like to visit Fordingbridge the following week.

So the exploration of twinning in Fordingbridge began followed by return visits and culminating in elaborate and spectacular twinning ceremonies in both towns when illuminated documents were signed by the Councils pledging friendship for all time.

In the thirty-two years since the twinning has progressed there have been “highs and lows” but the principles of twinning have been sustained. Schools, footballers, musicians, choirs, firemen, historians, journalists, cyclists, scouts etc. and countless individuals and families have made visits and exchanges between the two towns and a relationship has been established with Vimoutiers’ twin towns of Sontra, Germany and Chatelet, Belgium. Every five years there has been an anniversary celebration of the twinning when the Town Councils would entertain and visit each other and the friendships would be renewed.

Today, the Twinning is healthy and is in a period of growth and it augers well for the future that a number of new exchanges are in the pipeline.